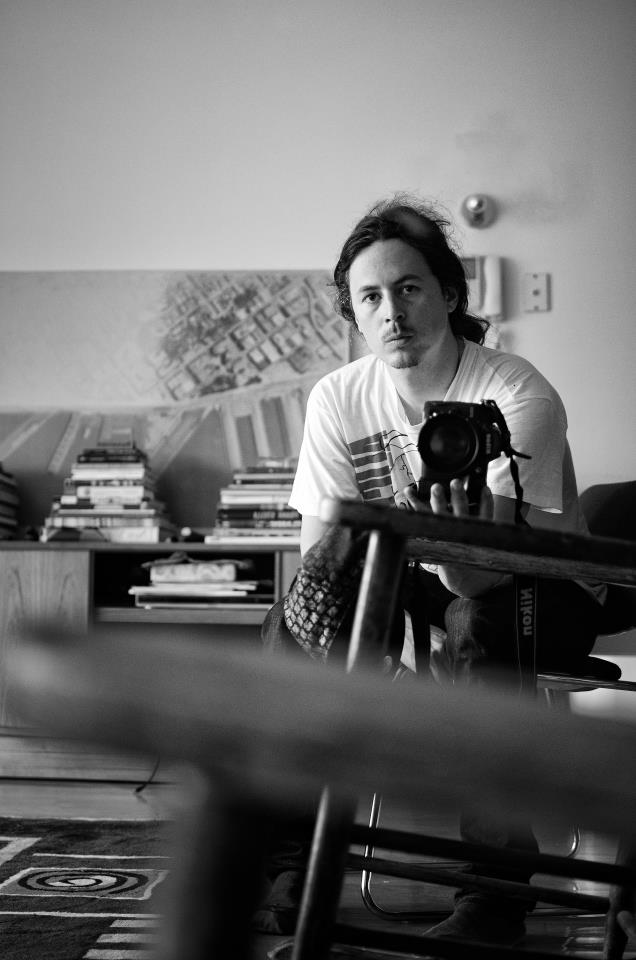 When New York was New York, it was the best place in the world. To be a New Yorker (a REAL New Yorker), you had to have “it”. Whatever “it” was, Christos Katsiaouni had it, and still does. I do not even remember how or when I first met him, but like so many relationships in old New York, especially during the high school years, people just linked up. He’s on the cusp of Aquarius and Pisces, so he has great characteristics of both. His good looks are all Pisces and his charming and well known persona are 100% Aquarius.

I always enjoyed bumping into him wherever it ended up being: restaurants, bars, clubs etc. Those that knew him 20 years ago know that Christos was, and probably still can be, a great break dancer. I remember we shared a friendly battle and people liked it but the truth is I could not be on his level. He was so fluid.

He took his creative talents and put his energy into Photgraphy. That’s what a New Yorker does: always morphing into a new butterfly of energy and creativity. His photographs have graced the pages of W Magazine, Interview Magazine, Vice magazine, V Magazine, The New York Times, Art in America, Metro (Paris), The Guardian (London), The Worlds Best Ever and lots more. His client list stretches long, boasting big names such as Nike, Adidas, Johnnie Walker, Creative Time, and The New York Foundation for the Arts, to name a few. He is at his best when in the mix of tons of people, frequently covering art and fashion events. That’s the Aquarius in him.

Christos Katsiaouni came here from different parts of the world and thanks to his style, helped accentuate New York Culture. THAT is why the London born, Half Cypriot/Half Irish, ex-breakdancer, who spent his first 12 years on Earth in Saudi Arabia, the UK, Uganda, and the Gambia, is a true New Yorker Piazza Life was thrilled to interview.

1) Do you remember the first photograph you ever took?

I do not! But I do remember my first camera, it was given to me by my aunt and uncle in London (thank you Rosarii and John Sabido, love you both and hello/love to cousin Clare). It was a blue plastic 35mm film camera. As basic as can be with no manual settings (except to turn the flash on or off). Never the less it was a small object that provided a big spark for me. I was perhaps about 8 years old.

2) How do you like to set up a shot? Or is it impulsive and you shoot immediately what you see?

It really depends on the situation. If I am photographing an event or doing photojournalistic photographs, one doesn’t really have the option of setting things up, rather one must pounce at the correct moment and be almost invisible at other moments. Sometimes, even when shooting portraits or fashion where shots are set up, the best ones that come out are more unplanned. That having been said, it’s always good to have a game plan in the mind’s eye when doing any shoot, have a shot(s) that you know you must get, and hope that in between those you get some gold as well.

3) What was it like growing up in different countries? You seem to be popular wherever you go!

Thats very nice of you to say! It was certainly very formative, I think that some of my ability to get along with many types of people stems from it (the travel). At times it could be very heartbreaking being ripped from one’s friends when we had to move though. I played schoolyard soccer on every conceivable surface growing up; from verdant, thick green grass in Uganda to grey, unforgiving, asphalt in North London to red dust in The Gambia. I got the foundation for my love of hip hop music in The Gambia where my father would leave me at the tape stand in the market while he would shop for produce. All in all, I wouldn’t trade the experience for anything and admire my parents tremendously for having the cojones and at times bravery to provide the life they did for my sister and I growing up. They’re my favorite people; my sister’s ok too.

4) You were a great breakdancer. When was the last time you broke out a move? Be honest, are you rusty now?

Ha! That is flattering but I think your memory is failing you a little Gianluca, we are getting old! I was a decent break dancer, not great by any means! I occasionally bust out a little uprock here or there, my floor work leaves much to be desired. I think if I tried to do a windmill I’d probably injure myself.

We are all energy and that energy may become dissipated. I consider myself a Buddhist Catholic (whatever that may mean). We live in memories and residual energy after we pass.

6) Do you feel more Cypriot than Greek?

I am certainly a Cypriot first. A Cypriot of Greek descent. My grandfather fought in many ways for the country, for independence from the British, for education, for workers’ rights. I am tremendously proud to be descended from that man. He was a tailor to make a living and a man of great principle and action in the world at large. I hope that one day there can be a resolution to the “Cyprus problem” that has left the country divided and that those in my extended family that were displaced as a result can return to their homes.

7) If you could live anywhere in the world, where would it be? And why.

New York City, of course. It’s the greatest city in the world! As a second home, I wouldn’t mind a small seaside bungalow somewhere in southern Europe or somewhere tropical though. I need to unwind and leave NY to appreciate it at times. Hey, you never know!

I’m very attached to my Nikon DSLRs, they are a great work horse for what I do and behave themselves for the most part. Down the line I’d love a Leica rangefinder camera.

9) Would you rather not take pictures for 3 years or not wipe your ass for 1 month?

Gianluca! I’d have to not take pictures. Im not a barbarian.

Quality vintage mixed with newer stuff. If it looks good, it looks good. No rules. I am a little partial to ridiculous prints and colors though.

11) Where do you see yourself and your photography in 10 years?

Hopefully, alive and still taking pictures. Nothing is granted. I see myself as one of the documentarians of New York city in terms of the people. A man who I consider a mentor and a friend, Clayton Patterson, told me to keep doing this and I will get my reward. I listen to Clayton.

12) Tell those who don’t know what it was like hanging out at the Freedom Tunnels?

It was an incredible gallery of a street art and a very exciting and unpredictable place to spend time. One had to dodge trains, schizophrenics, and human refuse to stay safe. There are few places in NYC that have that post apocalyptic feeling anymore (for better or for worse). Big shout out to my brother Dash Snow (Rest in Peace) and Jessica (who may not want her last name used) for being excellent partners in crime down there.