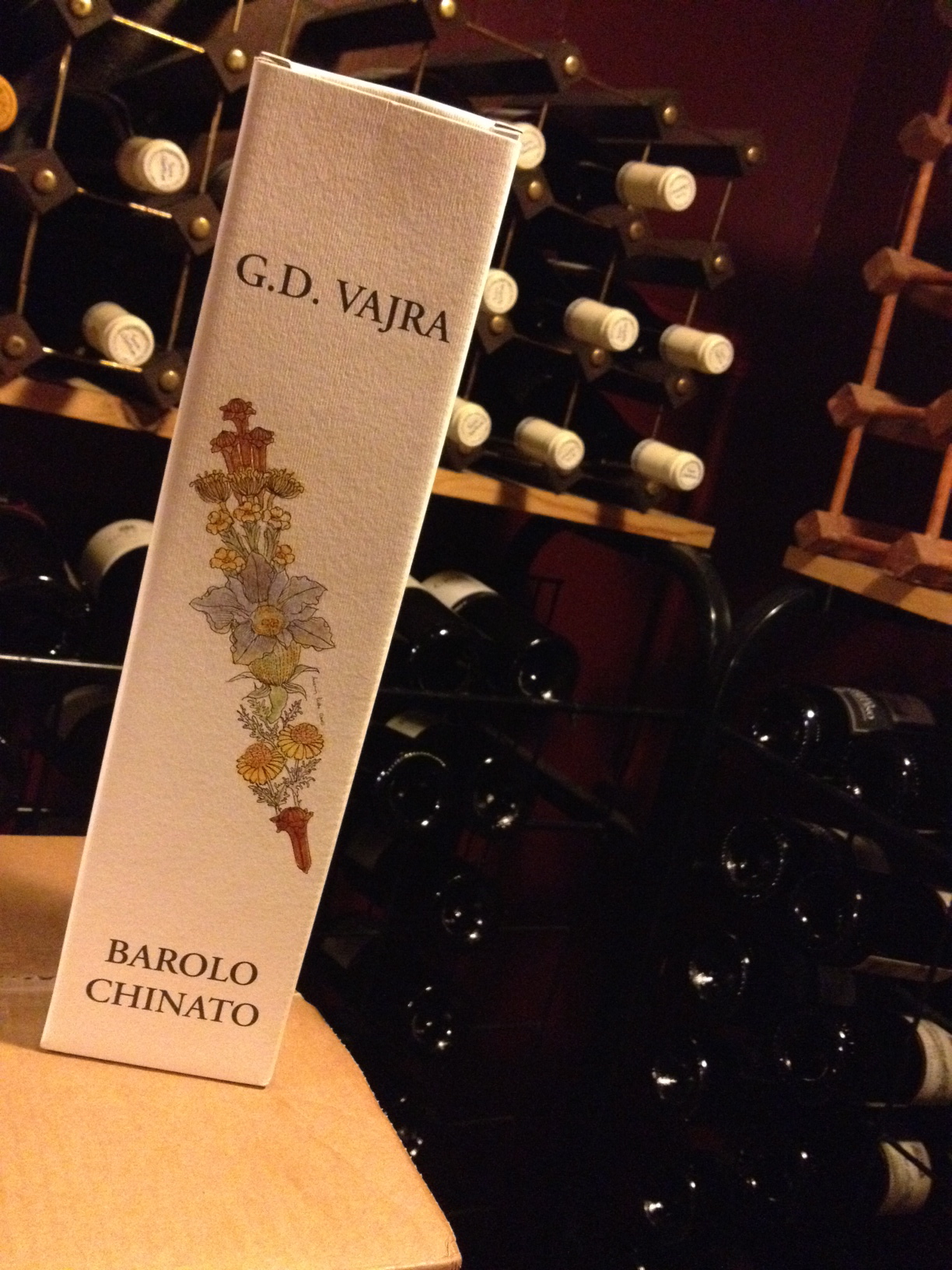 As I wrote in my world-changing website pizzaandcoffee.com
“No culture, people, or race takes food as seriously as Italians. 10 year old Italians can give you whole monologues on why a certain vegetable must be grown, cultivated, and prepared for the table in a certain way. That’s all Italians talk about. The Italians have understood the science of digestion millennia ago and they prepare and cook their foods with this knowledge in mind.”

Unfortunately, it is changing there and Italians are becoming like Americans, as Americans are becoming like Italians. It’s not just the youth throwing 3,000 years of the most important culture away, but the elderly are guilty and apathetic as well. But still…you can continue to find stuff produced with the same passion (an over-used, raped word) that has been running in the veins of Italian artisans and passed on for generations, and in many cases, centuries.

Barolo is known the world over as “the king of Italian wines”. The Nebbiolo-based red coming the from the Northwest region of Piemonte in Italy is classic Italian in nature: elegant, beautiful, classic, long lasting, and historic. It matches perfectly well with the rich fare of the even richer population of Piedmont. All this comes with a hefty price tag.

While collectors flock to buy the better vintages of Barolo and newcomers to the wine game seek to learn more about it, one type of Barolo is mostly unknown. It is Barolo Chinato. It is essentially a Barolo wine infused with herbs. The word “Chinato” is derived from Chinchona (in italian China Calisaia) tree bark. Quinine (chinina in Italian) is extracted from the bark and has historically been used medicinally as an antipyretic or to soothe stomach upsets. In severe cases, it has been known to help treat malaria.

Also stolen from my site was this undeniable truth : “Italians have philosophical, artistic, and scientific reasons for everything.” This Italian approach is used to produce the hundreds of pre-dinner Aperitivi and after-dinner Amari, for which Italy is so famous. Since quinine from Cinchona bark stimulates saliva and gastric juice secretion in the stomach, Barolo Chinato makes a great after dinner choice.

It is very similar to vermouth, but much better. Actually, let me clarify…it’s much better than 90% of the Vermouth we know. Most vermouth is good for the money, but mass-produced and nothing special like Barolo Chinato. There are artisanal producers of vermouth, but the prices for those boutique products relegate them to the category of the unknown. Chinato starts off with Barolo wine; so from the start, it is a higher quality product and cannot be mass-produced.

While traditionally it was used for medicinal purposes and served warm, like a mulled wine or as the French call it ” vin brule’ “, it became a big hit in the first half of the 20th Century, with Chinato bars opening up across Torino. I hope this won’t give the idea to some vulture/hipster/crony-capitalist/socialist-at-heart to do the same now. In America in the 2000’s, they slaughtered Absinthe for a profit and to look cool and I hope they don’t do that to Chinato. For a while, these type of people thought it was cool to meet up after work and have “amaro” meet-ups. I am not kidding you.

After losing popularity in the second half of the 1900’s, Chinato started to gain attention by artisanal producers proud of their Piemontese traditions. It also helps that Barolo Chinato goes unbelievably well with another Piedmont specialty : Chocolate. These two things combined to resurrect Barolo Chinato.

Barolo Chinato is made by infusing herbs and quinine separately in alcohol. Then it is added with sugar to Barolo wine and left to age and mature. Besides the most prominent and important ingredient of quinine, the ingredients most commonly used are rhubarb root, star anise, fennel, gentian, citrus peel, juniper, and cardamom seed. This “mix” gives it a strong bouquet. It has a smooth, spicy mouthfeel of deep bitter-sweet flavors of orange peel, dried fruits like cherries and figs, dates, cloves, and even some eucalyptus.

Do yourself a favor and try Barolo Chinato.