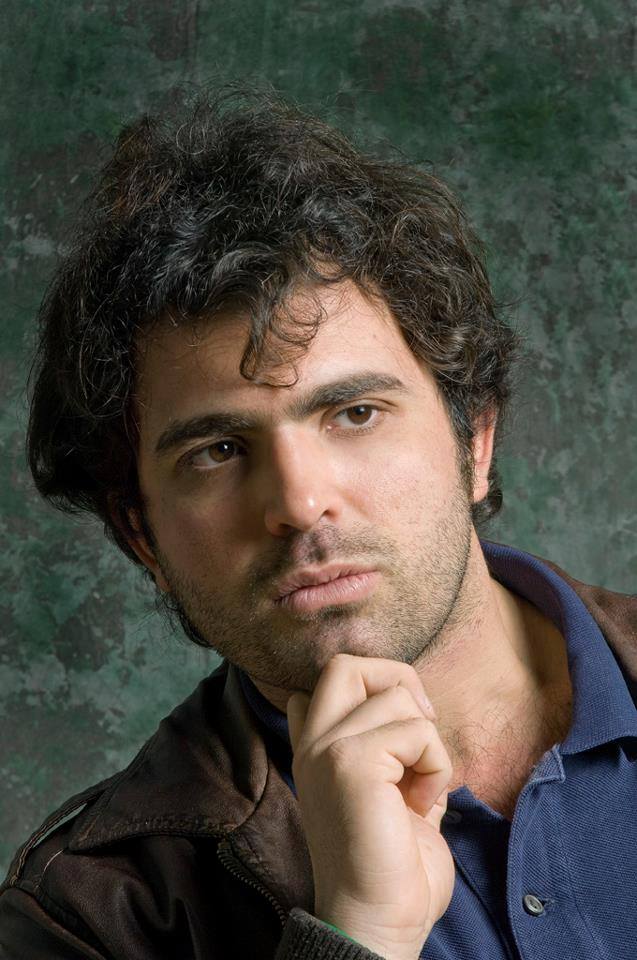 Sometimes, you could learn a lot from something or someone totally opposite from you. I often ask certain people for advice or opinions that I know would probably differ from mine just to get an outside view. I am a very impatient person. Andrea Careri is not. He does not react reflexively and, in fact ,calmy registers things before he takes action. Though he claims he was once a nervous person ( I do not believe him ), I learned a lot from his measured approach to Life. He found Buddhism and believes it changed his life dramatically. This new belief set in order many of his ideas and plans and toned down any anxiety. Meeting Andrea, you suddenly realize he is not your typical media person; he genuinely is nice and caring. Those qualities are what he has naturally and with his new beliefs, have emboldened him to go further than he ever has before.

Born and raised Rome, Andrea Careri immediately took to writing as a way to story tell. Social as he is, what better way to open up a world of the many ideas in his head than to write it all down? His talents landed him a chance to assist Dara Marks and Chris Volger at Rai Script. From there, Andrea went on to write for the French market, collobarating with Julien Paolini and working for Greenpeace France and writng promotional spots for the Socialist Party of France. In the meanwhile, he publsihed his first two books in Italy. After writing a theatrical piece, he was included in a comedy “Toether We Are invincible. To challenege himself further, Andrea taught himslef English by watching American filsm !

With this new language, Andrea visited New York and made contacts everywhere he went. Typical Libra, he is very social and likable. He went off and running and is currently working a a screenplay for a Roamntic Comedy titled “American Girl in Rome”, which will be distributed by Pier Francesco Aiello, head of PFA Films.

1) What made you get into writing?

I am a storyteller; that’s my vocation since I was a kid. My mother told me I used to write and create stories about animals with my best friend Federico. I wrote my first short story at 8 and now am writing a cartoon. It’s a comedy-adventure animated movie based on the same character I wrote about. It’s a story about a wolf called Asko. To make short a long story, I love telling good stories and for this reason I became a writer.

2) Is there a certain style to your writing that makes it unique? What is your favorite genre: comedy, horror? etc etc

I have a sort of sense of rhythm. When I write a story, I focus on two factors: moving and entertaining. And am very good in comedy since am Italian and my father is the most funny person I ever met. He is a real stand up comedic genius. Not for real, but I do remember him entertaining his friends and our family when I was kid. My father gave me a deep sense of humour and a sense of rhythm that, for my money, is the most valuable thing in writing, such as in music. I am also very versatile (and am a hard worker) so I usually write different genres of movies such as thrillers, sci-fi action,action and animated. I also love to write dramas and coming of age. As a spec writer, I prefer writing coming of age-dramedies, comedy,animated and sci-fi thriller,but as professional writer now I am under contract to write a sci-fi action thriller titled Neuronemesis, which is a comedy with zombie(adventure-horror-comedy)and two actions packed movie, one titled KOB. So I am definitely versatile and open minded, especially if somebody hires me to do that. (Smile). I’m also staringt a career as a producer,and am working as a writer producer of a tv series pilot titled American Girl in Rome. It’s a romantic comedy set in Rome. The pilot will be distribuited in theaters sjust like a regular movie.

Yes, that’s correct; I support AS Roma, the best team in Rome. I remember when we won the Scudetto, I was in Distinti Sud with my friends. I was still a teen. I remember Roma vs Parma 3-1. I will never forget it, it was incredible. I took away a piece of the field, an artificial green field I’ve planted in my garden in Rome We celebrated for one week,and the night of scudetto I got boozed up and I was wandering with other 400 people in the center of Rome. It was memorable and unique. We won the last scudetto before that in 1983, the year I born. So in 2001, it was the first scudetto I remember. My grandpa was a Roma supporter, my father as well, and, hopefully, if I ever have a son, he will support Rome for sure.

4) After Totti, could there ever be someone like him? Roman by face, race, culture, grew up in the youth system, and dedicated his whole life to Roma and the city and never left it? AND was the team’s best player?

Well I hope so. I’m sure he hopes so as well, Totti is a big Roma supporter beside being just a player.

5) As a Buddhist, please deacirbe your world view.

Buddhism changed my life. I am studying different kinds of Buddisism, but for now I’ve joined a Japanese buddisism called Buddisism of Nicherin Daishonin. Nicherin Daishonin was a buddisist monk living during the Samurai era. He believed that the most important creed was written in Sutra of Lotus. So he fought all his life for spreading sutra of lotum. Buddism is a great religion, but personally I believe every religion is good. The problem is the people who believe in them. Nobody is perfect, nobody is good or bad, the most of us are both. Buddism accepts that. Buddisism accept death, buddism accept the illness, because if you are too afraid of death, you will never enjoy your life. Buddism means respect; buddism means challenge yourself and becoming a better person,becoming illuminated. I am writing a book about it, a short-stories collection titled “Everybody Is Illuminated”. And I’m also talking about buddisism in my next novel. Dalai Lama(he is Tibetan,a different sect of buddisism)believes everybody should respect other religions and should join the main religion of his birth place. I was born Cattolic. I respect it and I respect every religion because people need it. Everyboody is pursuing happiness and the meaning of life, and religion is a way to do it. In regards to buddisism, if you practice, meditate, and study, your life will be better for sure. I’m definitely more happy since I’ve joined buddisism. You can’t change life; life is good and bad at the same time. Most cases, it is random. You only can change your reaction about the events, and that means become deeply happy. If you change yourself and your action in certain determinate events, you can change your life. (and your karma).

6) Do you believe in an After Life?

No, I don’t but I respect who does. I prefer to enjoy this one and focus on the present. Past and future don’t make sense, present is the only reality you can live for sure.

7) You are a typical Libra; you talk to everyone. Do you remember all the thousands of people you have met and hung out with?

Yes, that’s correct, Iam friendly, and an easy going guy. I am Italian, and as the stereotyped goes, Italian men love to cook for friends I love talking with people and being funny and extroverted. And yes, I remember all people I meet (especially the beautiful girls) because I love people. All jokes aside, I have many friends and this is a privilege, a real wealth. I’m blessed for that. I’m a hugger, so if I meet a wonderful model in NYC and I hug her, I can say “hey, you read this interview in which am explaining why am hugging you and please don’t call the cops. ” All jokes aside, I’m what am, and everybody should be him/herself, accepting their own character and attitude.

8) What are your plans for the future? DO you plan on staying in Italy?

I love Italy; it is the most beautiful country in the whole world. I would love to live my life here but I am also motivated and happy to collaborate and work with American companies because I love American people and I feel closer to them when it concerns work, attitude, business, than Italians. So I love to have the privilege to collaborate with American people and am doing it. I’m working with a Hollywood talented screenwriter, Michael K. Snyde,r and working with other American producers and writers. I love American people and am blessed for working and collaborating with them. But, as every American, my dream is to make money from living in Italy and Europe, and enjoying the beauty. So basically I would love live in Italy and I will do it, but am blessed for having the opportunity to work with American people.

9) What would your last meal be?

Pasta, …buzz…it’s too cliché for an Italian guy. My last meal will remind off a movie directed by Ferreri called “L’abbuffata”. I will eat until I die, such as the characters in the movie.

10)You are a ladies’ man. Wil you ever settle down and get married? Surely, I am not the ony one who asks you that?

Well am not a ladies’ man. I love women I respect them. I love them, so I’m not the narcissist guy who considers them just to beef up his ego, I love and respect women. I’m single and am a romantic guy(buzz…cliché…) but it is what I am. For this reason I wrote a Romantic comedy set in Rome, because it tells a story I lived. My first novel “Titled Together: we are invincible” The man who rented a theather for love is also a romantic comedy. And I’m not shy to consider myself a romantic guy. I hope to meet my soul mate one day; maybe she will be American. I would like to share my life with a woman, respect her, and protect her. I love to make a woman happy; that makes me happy as well. So yes, I hope to settle down sooner or later, but for now, I am single and and free,

11) One word to describe Andrea Careri.

For more from Andrea, feel free to follow him at :
https://twitter.com/AndreaCareri