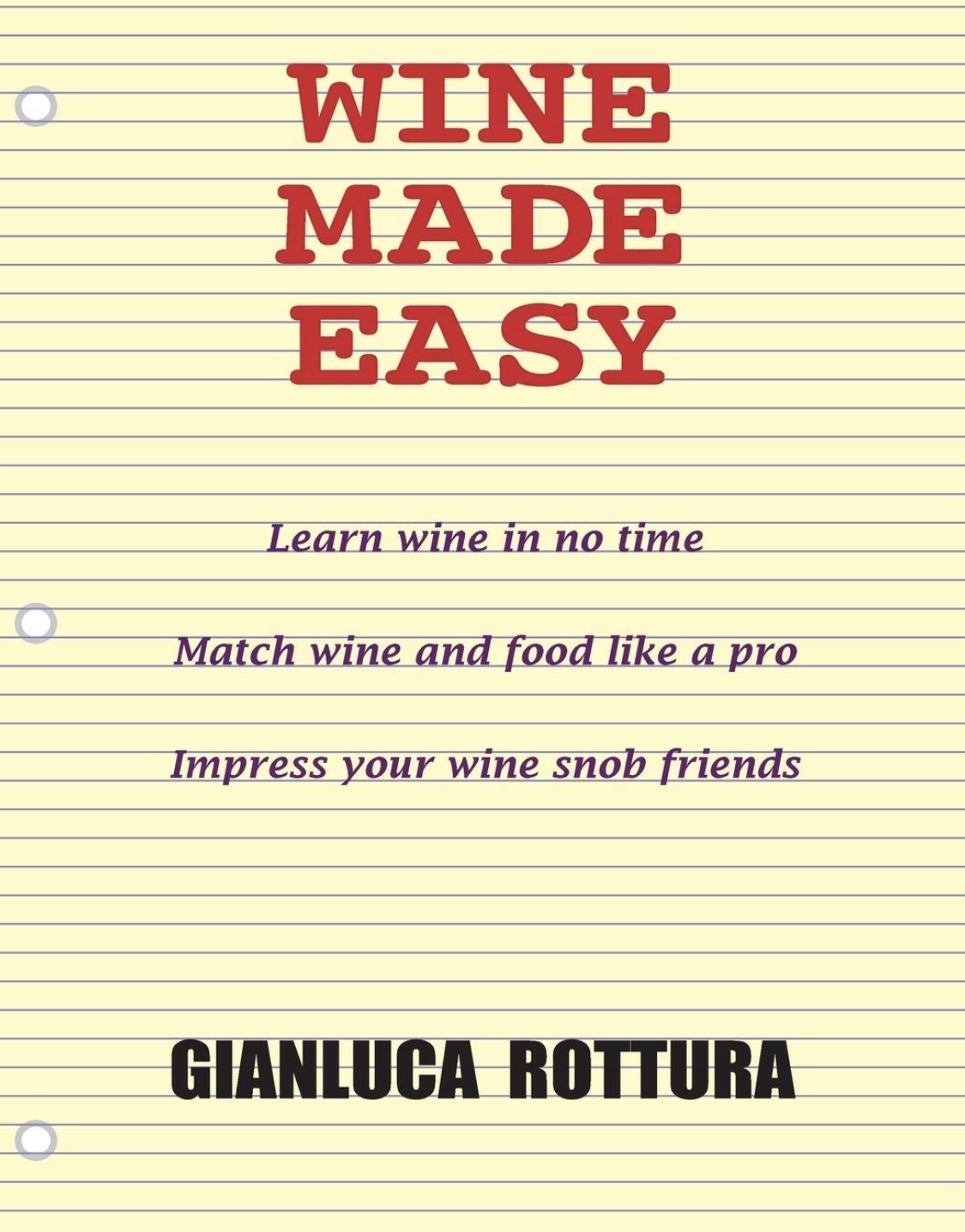 In 2002, during the busy Holiday Season and in between helping thousands of customers, I would run to my computer and write my first book, which focused on wine. Somehow, I managed to finish it in only 4 weeks. I chose to self-publish it in 2004 but

that ended up becoming a nightmare. I came to find out various books of mine had different, scrambled information. For example, some red wines were listed as dessert! To make matters much worse, the company that published it shut down and had many authors angry, attempting to not only get paid for their works but get their books back! For me, the money didn’t matter; I wanted my book in my hands. It was heartbreaking being an author but not having anything to show for it. From the moment I found out that my book was gone, around the end of 2009, until now, 2019, I chose to work 7 days, get married, do renovations, and on and on. 10 years went by in a flash.

2019 allowed me to make some things new again. I was Blessed with the opportunity to re-do my book. It is important to note that by ” blessed ” I mean working 10 hours a day and then going home at night to work on my book. I became obsessed and managed to update and put out a second edition, even better than the first, and publish it with a new, more reliable company.
The most important part of all this is that people will now, once again, have a chance to learn wine in the easiest way possible. The greatest compliment I have received from people about my books (both first and second editions) is that, even after reading 2, 3, or 4 other wine books, they never could grasp wine but my book, ” Wine Made Easy” changed that.
The book has a legal pad / notebook look. The maps of the wine countries are hand drawn and the info on each wine is written down more like jotted notes you would take in high school. The format happens to be the best way for someone to open up to wine, get it, and remember it. Finally, understanding wine and letting this new, but once scary, information stick in your brain, is easier than ever.
N.B. As everything in my Life, nothing is ever easy. Amazon still lists my old book and, depending on which device you use to go on their website, typing my name in their search bar can sometimes take you to the old book and does not show my new one. I have received quite a few messages from frustrated customers attempting to buy my new book but can’t seem to find it. The covers of both book are very similar but a better way to search for it is to not only use the specific links I provide below from Amazon, as well as Barnes and Noble and Walmart, but double check the ISBN # which has to be :   978-0578591612 and the release date, which has to be December 1, 2019
Here is the specific Amazon link, along with the easier to find Barnes and Noble and Wlamart links :
https://www.amazon.com/Wine-Made-Easy-Gianluca-Rottura/dp/0578591618/ref=sr_1_1?keywords=rottura+wine+made+easy&qid=1576682391&sr=8-1
___
https://www.barnesandnoble.com/w/wine-made-easy-gianluca-rottura/1006975729?ean=9780578591612
____
https://www.walmart.com/ip/Wine-Made-Easy-Paperback-9780578591612/202356018