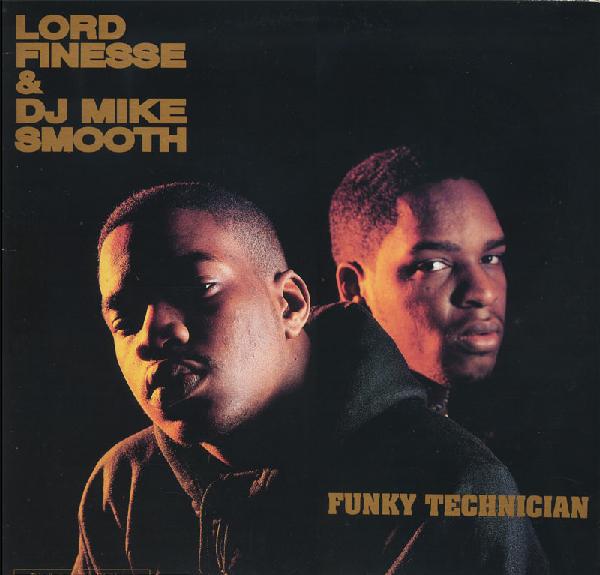 I mostly stopped listening to most “rap” in the year 2000. Like New York, which I also accurately predicted was over in 1999/2000, the Hip Hop music I grew up with was changing…for the worse. I don’t have the time or energy to talk about the “good old days” but with certain albums, it is a duty to at least mention them.

Back when New York was New York, not only did different boroughs have different accents, but TRUE New Yorkers (ahem, yours truly) could even tell which NEIGHBORHOOD someone was from by their accents. Lord Finesse was pure Bronx, uniquely different from but very much the same way KRS and Big Pun were pure Bronx. I got so much of my Hip Hop view-points from Lord Finesse and his breakthrough debut album that I cannot write this article in any unbiased fashion. I cannot even begin to mention all the dope lines he came up with…just listen to the album yourself and see, along with hear, for yourself.

Besides Lord Finesse being an amazing MC, he also turned out to be a great producer. He did not get to put his skills behind the SP1200’s, S950’s, MP60’s etc on his first album because he was blessed by an army of producers who knew what the Hip Hop sound was supposed to be like. Funky Technician was so amazing it was produced by DJ Premier, Showbiz, Diamond D, and Lord Finesse’s own DJ, Mike Smooth. The album helped break out rhyming sensation A.G. (Andre The Giant). When you take a look back, it was amazing all that talent cooperated on one album.

Funky Technician was put out on Wild Pitch, who blew up with other PURE Hip Hop artists, like Main Source, Ultramagnetic, and OC. I know all these names are not only unfamiliar to today’s “Hip Hop” fans, but even to people who THOUGHT they knew and liked Hip Hop back then.

This album is so good, it was re-birthed a few years after its release in my music rotation for a second, thorough, almost-2-year-long listen. It came out when I was about 12 years old. I was going into 7th grade. But the album was so classic, I practically made it my theme music in sophomore and junior years of High School. When I occasionally listen to Hip Hop nowadays, Funky Technician is high on the list.

You are NOT Hip Hop if you never heard this album. And you know what? Even if you try and “catch up” and listen to it now and “appreciate” it, that STILL won’t make you Hip Hop. You had to have grown up with it, grown INTO it, and broke the cassette by over-playing it in the early 90’s.