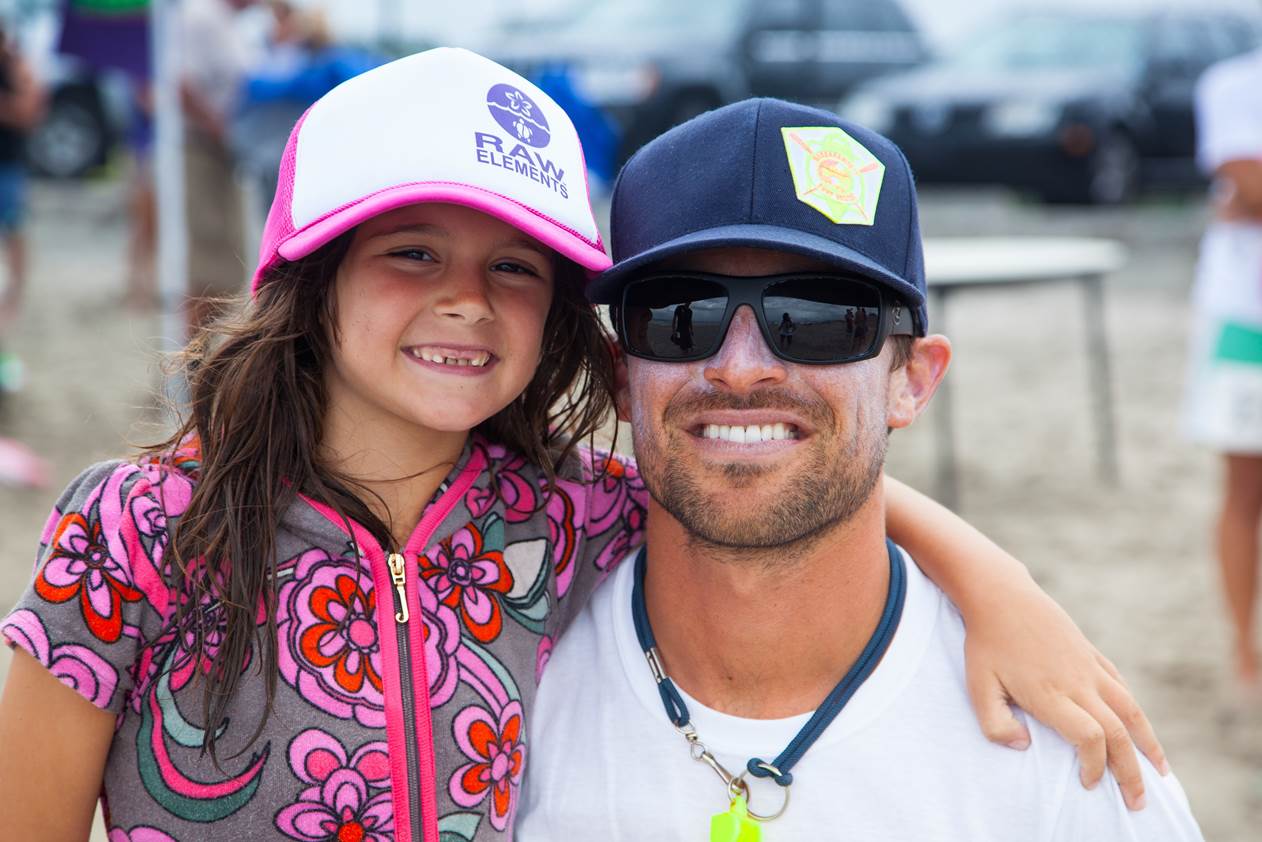 An Endless Summer. I still remember that late afternoon/early evening talk me and Brian Guadagno were having in my dorm room Sophomore year in 1998. We went to school at a time when computers were still not that much used and not many people even had one. One of my roommates did, and so, of course, people would always ask to jump online and check things out. That day it was just Brian and me, and he was looking at countless photos of some of the most beautiful and sunny beaches in the world. Being a fellow water sign, I joined in on the drooling and fantasized about being on any one of those beaches. That’s when Brian Guadagno went into detail about his dream of “an endless summer”. He talked about going from warm place to warm place, and always being one step ahead of Winter, enjoying a continuous and uninterrupted sunny streak of hot weather, soft sands, beautiful water, and some waves too. “But how will that work? How can that be possible?”, I wondered to myself. We ended up going in two, totally opposite directions.

It takes two things besides Vision to see a Life for yourself. It takes courage and discipline. You need those two things to set out and bring to fruition the ideas you dreamed up…until it is no longer a dream, but a reality. Brian has both.

Spending two decades (!) as an Ocean Rescue Lifeguard, it was logical for him to realize the damaging effects of environmental exposure and chemical sunscreens. A few years ago, around his 30th birthday, Brian decided to get a UV photo damage scan done on his face. The results were scary and forced him to do extensive research on sunscreens. He began to feel a little embarrassed that he never figured this out before, so he set out to make a difference and developed, what he believes to be and many fans agree, the best sunscreen in the world. Raw Elements Sunscreen is All Natural and Certified Organic. It has exploded and could every well be huge in the coming years.

As my readers know, it is almost impossible for me to talk about anything without relating it to my Life. I feel that by making things personal, I get to understand it better. It affects me more and then I can convey what I learned to you. I always valued a healthy lifestyle. My Life was filled with sports and physical activities of all sorts. I also had suffered many health setbacks. The past few years, I fear to say, I lost a lot of that spark and discipline anyone would need to set goals for a healthy lifestyle. I lost contact with Brian Guadagno over the years and eventually caught up with him on social media but it was not until I spoke with him that his leading by example served as a wake up call. You know, sometimes 100 people can tell you to stop smoking or maybe pick up a hobby like traveling etc, but it it takes only one person for it to help make it stick. Your own family could tell you to stop doing drugs but perhaps the way the guy who makes your sandwich at the deli tells it to you, in a certain manner, that it hits home the hardest. It was probably a good idea that I did not have any voice contact with Brian for 11 years. Most people decline overtime, Brian Guadagno actually got better as the years passed. Had I been in contact with him all these years, maybe I would have never noticed his improvements and it would not have affected me. It’s like staring at a plant all day, for weeks on end……you will never notice it growing. Linking up with him again came at the right time in my Life. I found him to be even calmer, happier, and healthier than he ever was. Seeing living proof goes a long way to giving you the boost you may need when in search for a Change. It’s this total dedication to a healthy lifestyle that not only made him better, but also served as the source that fuels his business, Raw Elements. Piazza Life was thrilled to catch up with Brian Guadagno. Find out how he made his dream Life come true.

1) Tell us about your dream of an “endless summer”. How you came up with it and what you did to achieve it.

Well, I grew up on the beach. I grew up with the music of The Beach Boys as our family soundtrack. My family, my uncles’ families, and all the kids did everything together in the summers. It was always on the beach and always together. We never wanted those summers to end. I spent the last 20 years as an ocean lifeguard in the summers. I, and some of my closet friends and family, always return to the beach in Narragansett. That lifelong experience drove me to develop a business that certainly thrives in the summer sun and beach life.

2) Your love of the sun and the water are well known. Do you EVER go somewhere cold because you want to, not because you have to?

It’s always nice to return home for a short time for the holidays to be with family. Maybe a quick snow then isn’t so bad. But beyond that, living in the winter conditions just doesn’t seem to be something that feels right anymore. I do enjoy skiing, although it seems to have been a while since the last time I hit a mountain.

3) You have always been in tremendous shape. That’s why I hate you for it. But how has your workout routine changed from teenager to now?

Thanks for the compliment and hopefully you don’t really hate me! I’ve always been very active and tried to live a healthy lifestyle, diet, etc. Certainly, there have been some changes in that regard since my teenage years. These days I’m a vegetarian. I’ve totally cut out dairy and all animal products, with the exception of an occasional piece of fish. I practice a good amount of yoga, swimming, SUP, and then integrate other things like boxing, at home/outdoor core workouts and believe it or not, a great beach game – Fresocbol (brazilian style of paddleball), it’s a great full body workout.

4) Tell us about your lifestyle all centered around good health. You barely put an ounce of anything bad in your system. Explain your philosophy of Life and good Health.

It’s always developing. I met a man in HI who really had a profound impact on me and my buddy Mike and led us towards an Alkaline diet. That was the cornerstone of the big shift over 3 years ago. I try to eat organic whenever possible and mostly plant based whole foods whenever possible. I think the biggest thing is I want to try to remain as healthy and active for as long as possible. So many people today are riddled with disease and chronic conditions that really do stem from diet, environment, lifestyle etc. Quite a bit of this could be prevented. I know anything can happen at anytime, but I try to do my best to have my body to be able to handle it and surely would never want to live sick now, or when I’m older by any type of self infliction.

I do. I think there is too much power and energy in a person, in their soul, for it to just end.

6) If you could live anywhere in the world, where would it be?

I think I’d like to have the opportunity to travel a bit more before I can answer that one!

7) How did Raw Elements come about? You are in almost 1,000 stores! How did it explode so fast?

A combination of natural lifestyle, shifting away from chemical products, and my two decades as an ocean lifeguard. I was seeking a better, natural solution to chemical sunscreens and just was never satisfied with the natural ones I found. I felt that there was a real need for a natural sunscreen that would be as clean and gentle as they come, yet meet the performance demands of high intensity athletes. That’s really how it started. It’s been really exciting to see how well it’s been received. We’ve had so much support from so many people helping to open doors, spread the word, wave the flag etc. I’m really grateful. I think the big thing is that it’s a brand that many people can connect with; the product really performs and with all of the achievements the product has received, there’s a trust level.

It’s tough to say; we’re still in the infancy stage of growth really. We’re committed to work our hardest to put out the safest, most effective products around. When you believe in that, every new door that opens means one or 10 more people being able to now use that product. So ultimately, our success is based on that. That’s really our goal, reach as many people as we can and give them the opportunity to have the safest, most effective sunscreen as an option.

9) Would you live in a cold area away from the water for 3 years for $ 1 million?

I would not take that deal.

Wow, such a though question ! I’d have to say 1999 was pretty incredible. 2008 was a pretty special year for me. A lot of powerful, profound experiences that year. I also turned 30 that year. I didn’t really realize it at the time, but that summer really drove the birth of Raw Elements. Honestly, every year in my 30s has been awesome. All of my family and friends are healthy and we get to spend good amounts of time together.

11) You’re from Rhode Island. Residents there usually root for Boston teams but you have always been a die-hard Yankee fan. How did that happen? And which was your favorite Yankee team?

I had to think about the Yankee Years in the last question “the best year of my life”. 1996 was epic. I had just moved to NYC, to Fordham University, and here are the Yankees going to the World Series against the perennial 90’s team, the Braves!. Mostly Boston fans in RI, but there’s a huge Italian-Yankee fan contingency as well. My grandfather was from Brooklyn; my dad and my uncle were born in Brooklyn. Our family has always been diehard Yankee fans. What we experienced in the Jeter era as a Yankee fan has been incredible. I think back on all those games, all those playoffs, against the Red Sox. Those years had such an impact on our lives, our social experiences that it’s really incredible when you look back on it. Our lives would be very different than they are today if those two decades happened differently. Favorite Yankee team? Moving to NYC as an 18 year old kid, sitting in my dorm room and hearing the city erupt from Leyritz’s home run in Atlanta, going to the ticker tape parade with my dad and my cousin. That was once and a lifetime – 1996.

2 thoughts on “Interview of the Week : Brian Guadagno”