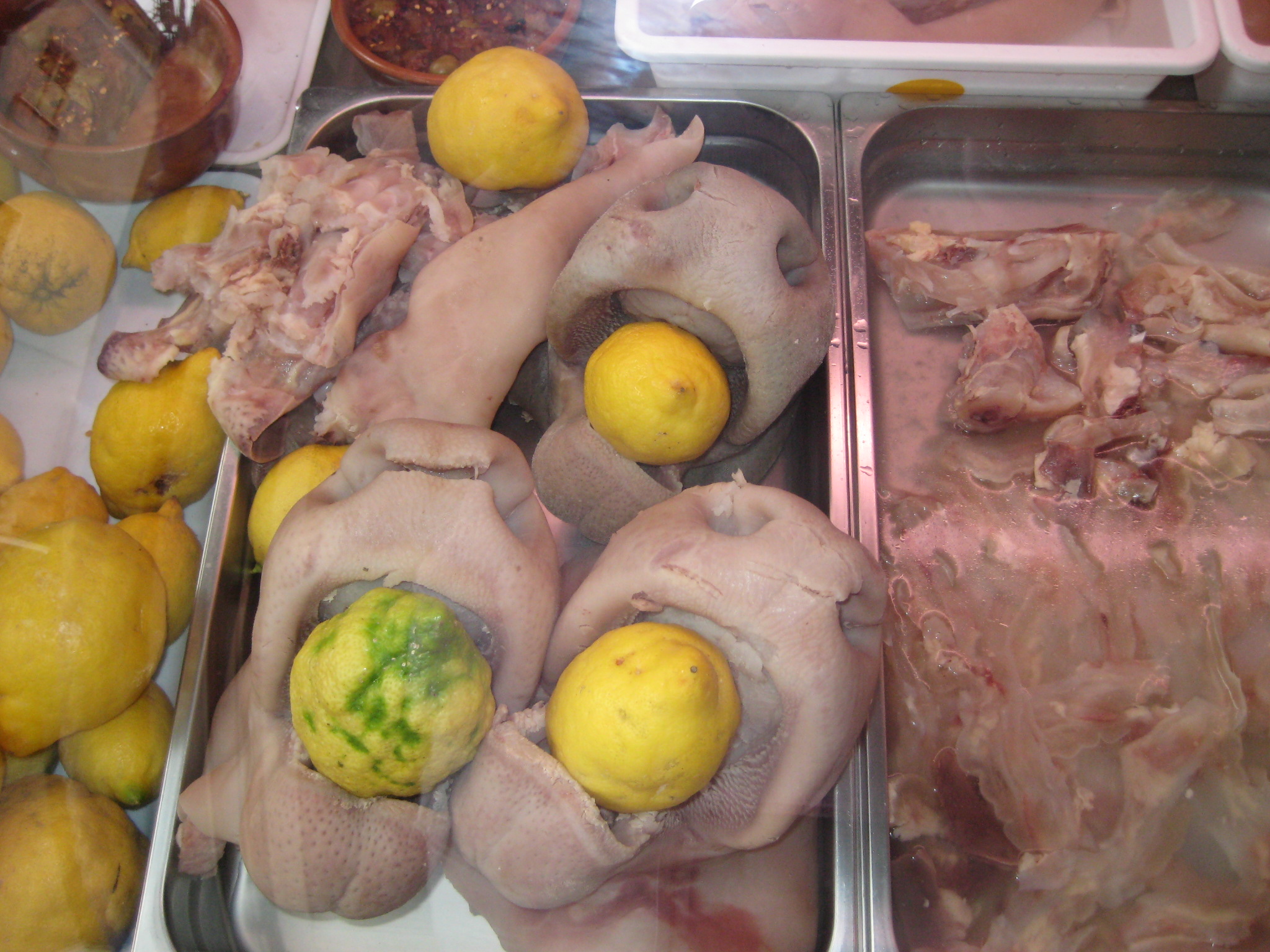 In the Campania region of Southern Italy, speficically in the provinces of Naples and Salerno, O’ Per e O’ Muss’ is very common. Having spent half of my life in Italy, and most in my mother’s town outside Salerno, this combination of pig’s feet and mouth is sold either out of trucks or in actual shops. Oddly, this traditional, poor man’s food, unhealthy by today’s standards, seems to thrive even though I rarely see anyone buying it. The jelly and fatty meat is skinned and then boiled. It is maintained refrigerated and served with lemon and salt. My uncle, Zio Ciro, educated me on the composition of O’ Per e O’ Muss’, which uses the feet of pigs and the mouth of young cattle (veal). Sometimes, other veal parts are used as well. A few years ago, among the millions of ideas that pop up in my head, I thought of opening up an “O’ Per e O’ Muss’ ” truck in New York City. Even better, I thought of having a store with the tuck INside, in the front window, capturing the attention of all who walk by. If you copy my idea, I will never forgive you. 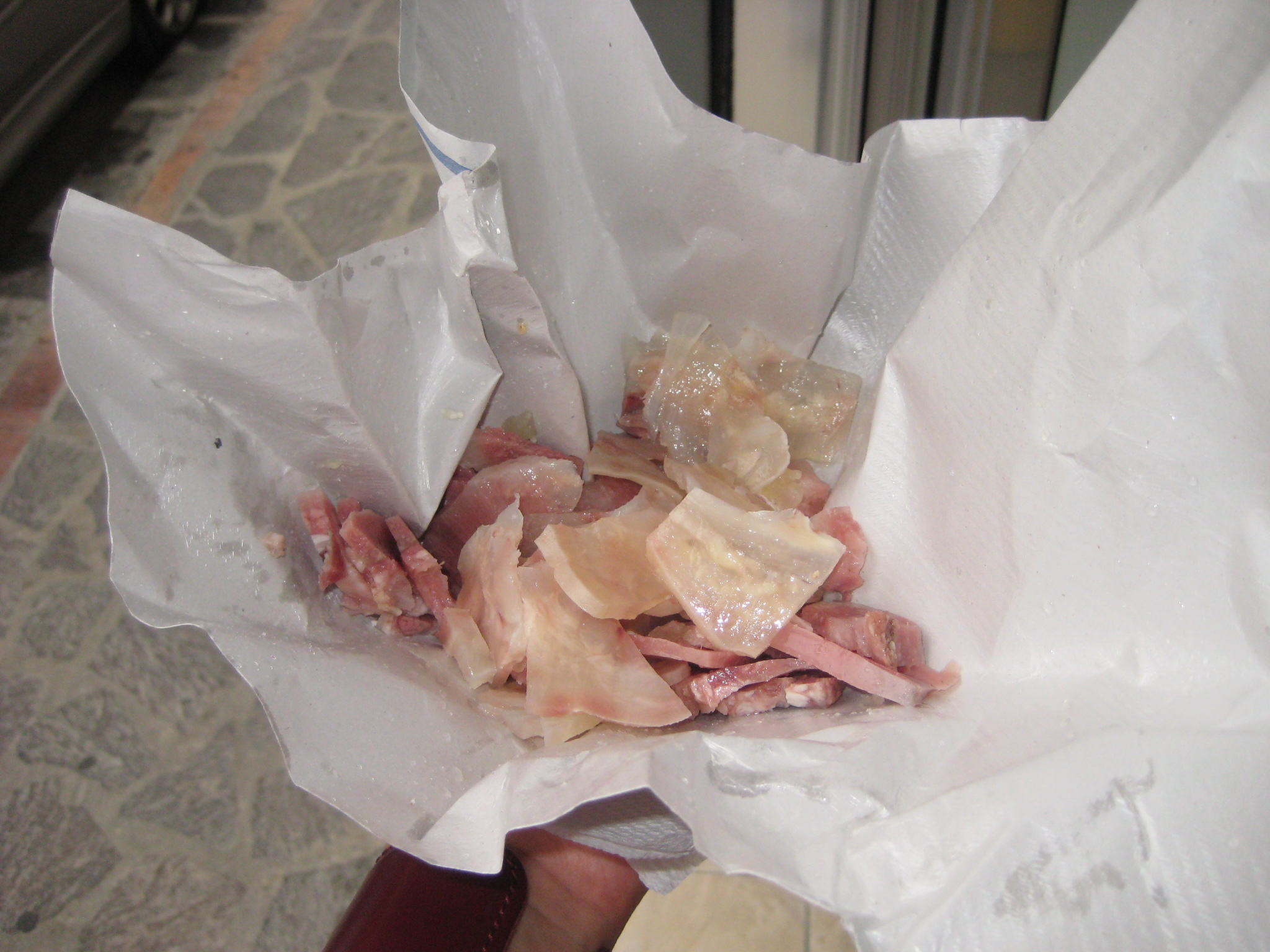